Hiking & viewpoints points
VOGAR
Due to its quick access, Vogar is a popular excursion point with a beautiful view of the Upper and Lower Bohinj Valleys, the lake basin and the peaks of the Bohinj-Tolmin Mountains.
It is 1045 m high, the starting point for the ascent to Vogar is from Stara Fužina, and it takes you a good hour to reach the top. During this time, however, you overcome almost 500 meters of altitude difference. Due to the rather steep path, I recommend good footwear.

At the top of Vogar is Kosijev dom, where in addition to refreshments, you will also find a stamp and registration book.

Due to the favorable conditions, Vogar is also a popular starting point for paragliding flights. 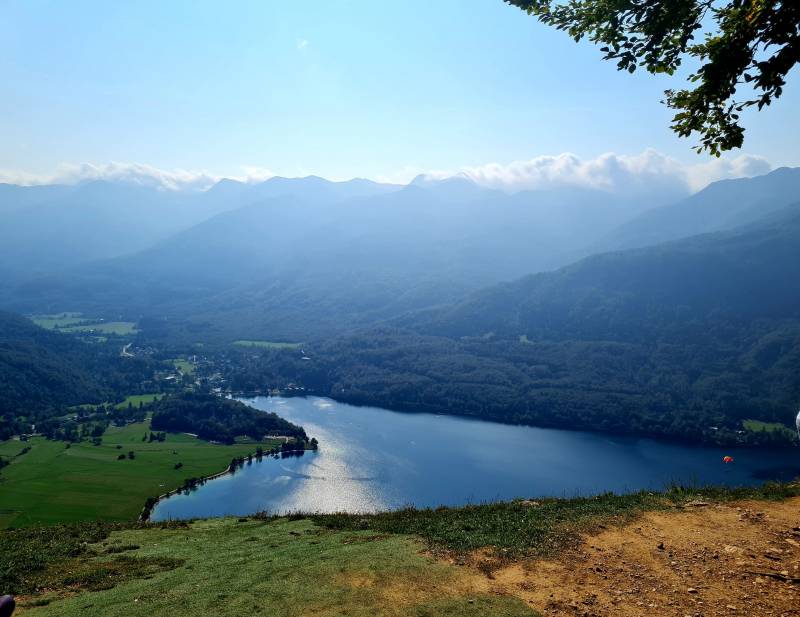 VIEW POINT PEČ
From the Lev concrete bridge in Stara Fužina, you need about a 20-minute leisurely walk along a well-kept and well-marked forest path to the lookout point, overcoming almost 200 meters of altitude difference. On the way you also have a view of Stara Fužina and Triglav.
The Peč lookout point is 720 m above sea level, and the trip can be extended to Rudnica. 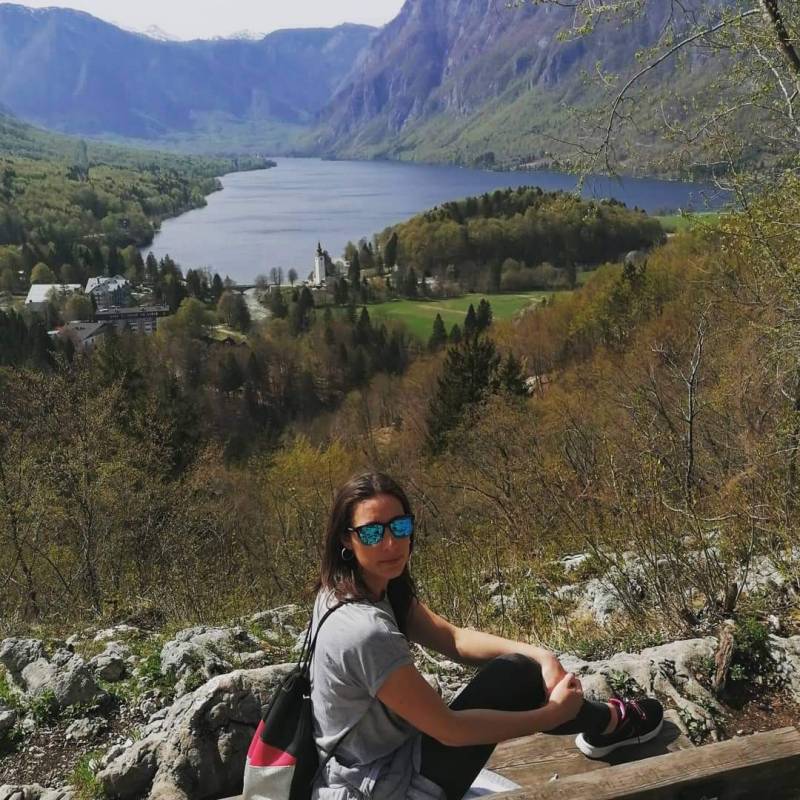 RUDNICA
The top of Rudnica is located right in the heart of Bohinj. The lookout hill is accessible from almost all villages of the Lower and Upper Bohinj Valley, so it offers many views of almost all corners of Bohinj.

Access to Rudnica is possible from four viewing directions: Lake Bohinj, Stara Fužina, Brod and Srednja vas.
STUDOR
Studor is a 1002 m high mountain above Lake Bohinj. It rises above the picturesque Bohinj villages of Stara Fužina, Studor and Srednja Vas. On the grassy peak of Studor you can enjoy an exceptional view of almost the entire Lake Bohinj and Stara Fužina, and on the other side of the basin you can admire the chain of the Lower Bohinj Mountains, including Rodica and Vogel.

Access is possible from Stara Fužina, next to the Devil's Bridge - direction Uskovnica. 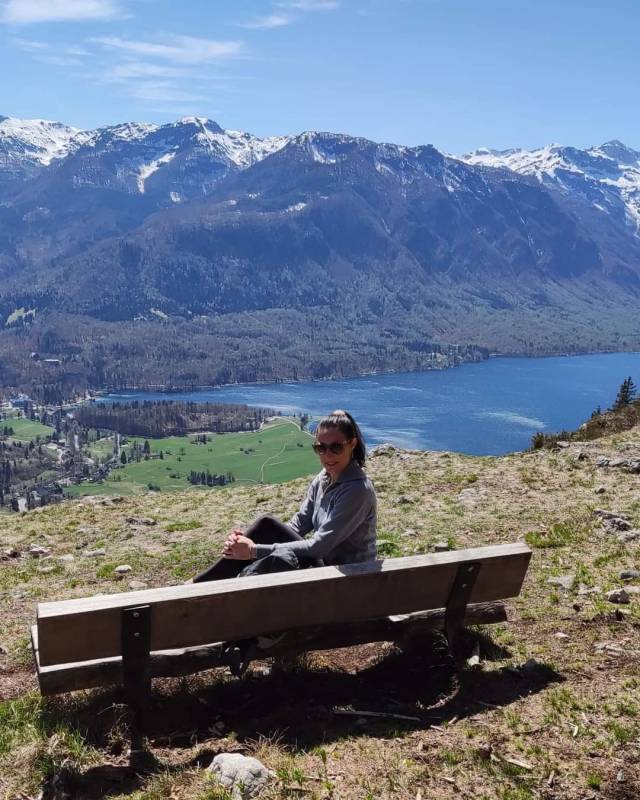 MOSTNICA GORGE AND VALLEY VOJE
The Mostnica Gorge and the Voje Valley are among the most beautiful and most visited natural sights in Bohinj. On the way through the gorge we can admire the crystal clear water and boldly transformed rocks, enjoy the diverse flora and fauna and the cultural landscape, which has been nurtured by the locals for centuries. In summer, the path leads us among the cows and their bells to the waterfall, where the Voje valley ends.

Access and exploration start in Stara Fužina, where all trails are marked:
- from the church of St. Paul,
- from the center of the village past Zois' manor or
- from the parking lot on Vorenčkojca. 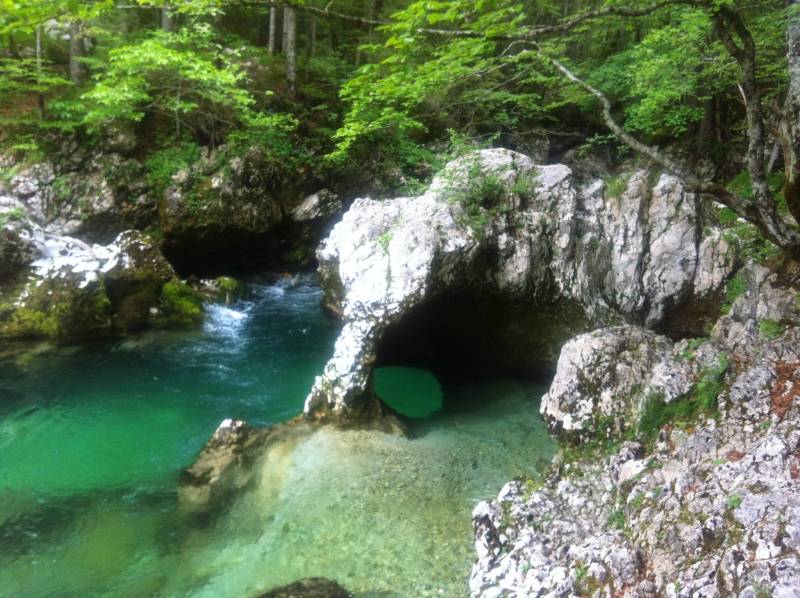 THE LAKE OF BOHINJ
The largest natural permanent lake in Slovenia (318ha). It is 4100 m long, 1200 m wide and up to 45 m deep. The lake, which lies in a glacially formed lake bowl, has more than 100 million cubic meters of water, and according to the old Bohinj joke, only one "cupboard" if it is big enough. The lake is home to 65 species of algae, 8 species of molluscs and 5 species of fish. The main tributary is the Savica, which originates in a waterfall below the Komarča wall. The water that flows from many springs is renewed in the lake three times a year. The water level rises by 2 to 3 m during heavy rains. The lake warms up to 220 C in summer and freezes in winter. 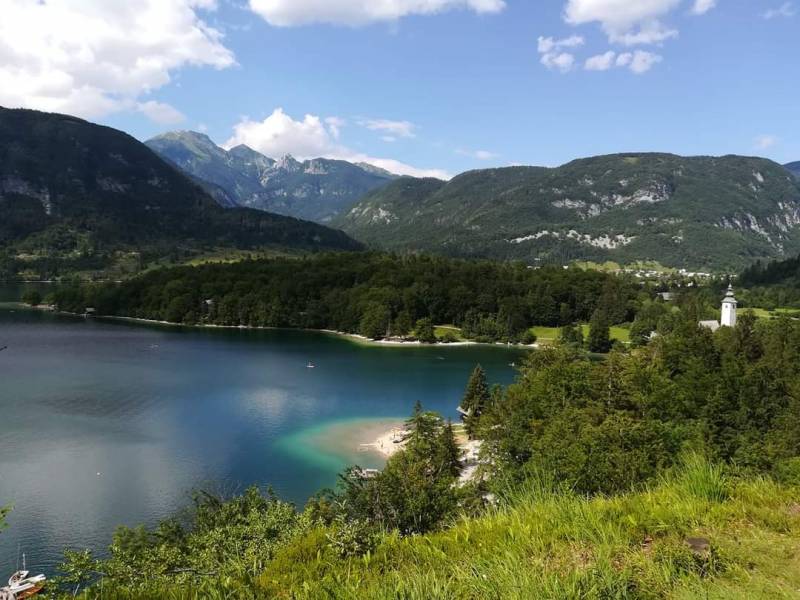 BOHINJ
Bohinj is a basin that stretches from Soteska to Ukanc. On the south side it is closed by the Bohinj Lower Mountains, up to 2000 m high, and on the north by the Triglav Mountains with Triglav (2864 m). Bohinj is divided into the Lower and Upper Valleys. There are a total of 24 villages in both valleys.
Bohinj is one of the most beautiful valleys in the heart of the Julian Alps in the Triglav National Park-TNP. High mountains, green forests, beautiful mountains and meadows with their natural beauty, cultural and historical monuments, friendly villages and settlements with hotels, inns and private rooms offer guests in Bohinj a pleasant stay.
Bohinj is an ideal starting point for short trips and walks on well-maintained trails in the valley and for mountain and mountaineering tours. Bohinj offers ideal opportunities for a holiday in all seasons. In winter, the valley turns into a winter sports center with ski resorts Vogel, Senožeta, Soriška planina, Pokljuka… .., and in summer the most beautiful pearl of the valley, Lake Bohinj, invites bathers along with the Sava, as well as kayakers and fishermen. Welcome to Bohinj, where we hope you will spend unforgettable moments with us and enjoy our offer. 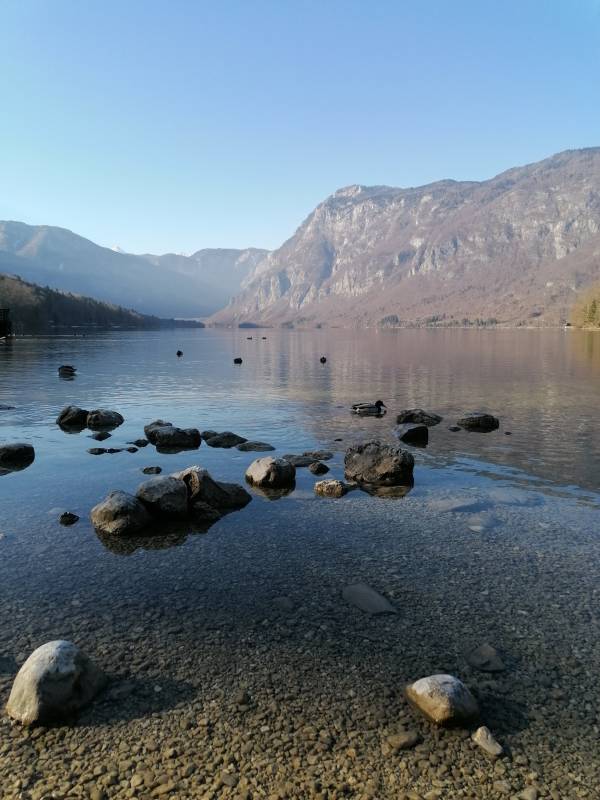 WATERFALL SAVICA
Visit the Savica WaterfallThe waterfall springs up in the open amidst the steep wall of Komarča and then elegantly in two sections drops 78 down into the green water basin. The Savica Waterfall is one of a kind - each drop is doubled and creates the most unique natural phenomenon in the world.

Access:
- Footpath, from Ukanc (about an hour walk to the parking lot under Savica Waterfall)
- By car or by bus, on a paved road to the parking place near Koča pri Savici
- By bike, by foot or by asphalt road 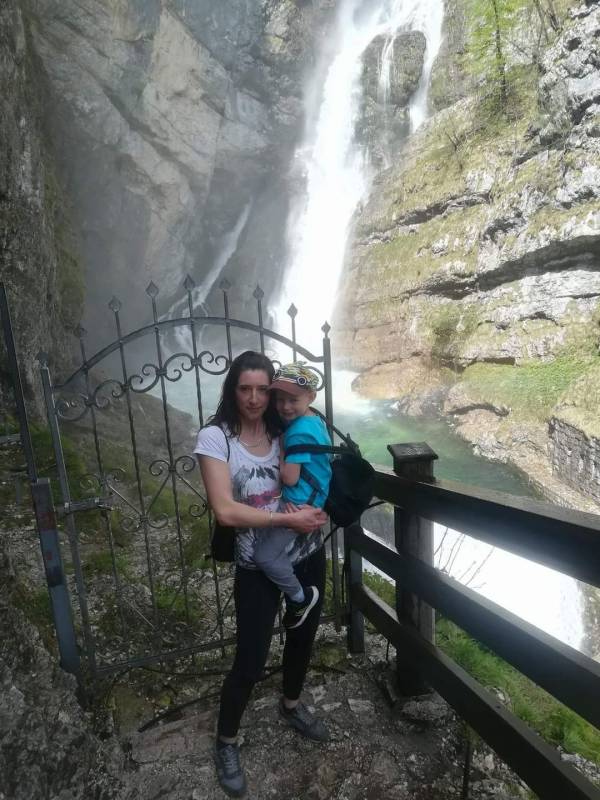